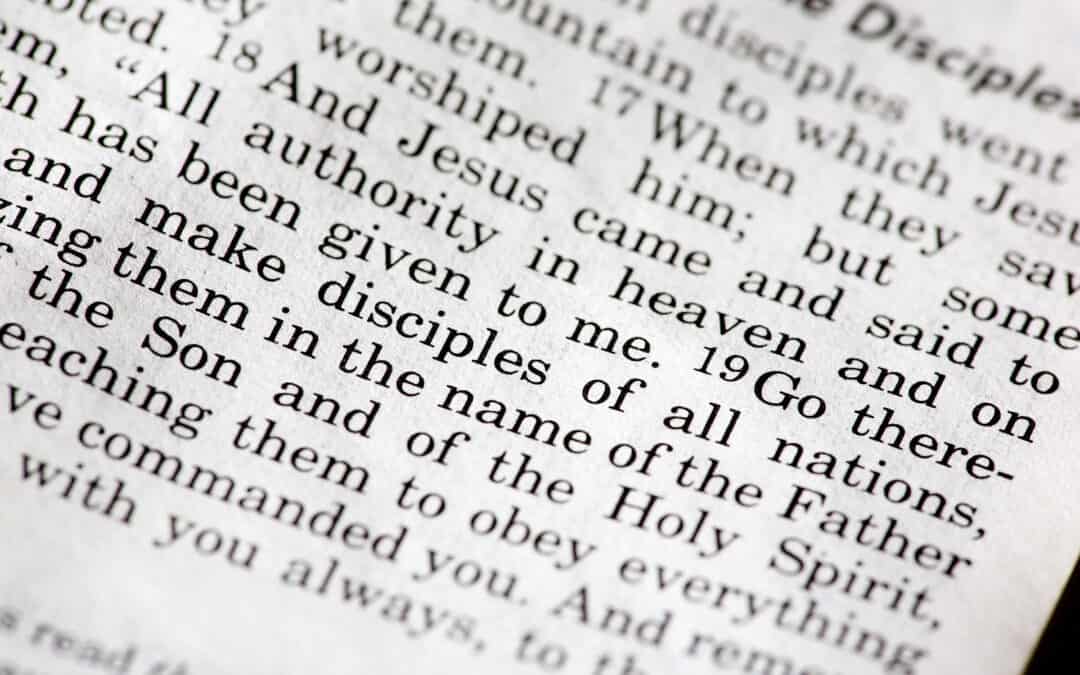 IN JOHN 6, WHEN JESUS GAVE HIS DIFFICULT “BREAD OF LIFE” DISCOURSE, MANY OF HIS DISCIPLES DECIDED THEY WOULD NOT FOLLOW HIM ANYMORE. But when He asked His inner circle of disciples, the twelve apostles, if they also would turn away from Him, Peter said, “Lord, to whom shall we go? You have the words of eternal life.” Peter understood something about Jesus that we most certainly need to understand in our own generation.

And what was the purpose of the words that Jesus spoke? It was not to satisfy anyone’s intellectual curiosity, and it was not merely to transform this world into a better place. There was a much higher purpose. Comparing Himself to the manna given to Israel in the wilderness, which gave them physical life, Jesus said that He was the Bread of Life. To His disciples He said, “The words that I have spoken to you are spirit and life” (John 6:63).

Spiritually dead because of our sins and without hope, we need “life.” Not just a better life in this world and not merely release from the fear of physical death — but the prospect of having the kind of life God has. What we lost in sin was not just physical or biological life, but the life we would have had as “sons of God.” Jesus taught that, in Him, this “eternal” kind of life can be given back to us (Romans 8:29). And His teaching is the only path to that life.

So Jesus’ utterances are more than mere words. They are the truths and the instructions necessary if we are ever going to be reconciled to our Creator. All the other words that have ever been spoken pale by comparison. To say the least, they are important. But are we paying attention to these, the most important words in the world?

“Besides belonging to eternity, Christ belonged to his times; on the outskirts of a dying civilization he spoke of dying in order to live. Today, when our civilization is likewise dying, his words have the same awe-inspiring relevance as they had then” (Malcolm Muggeridge).