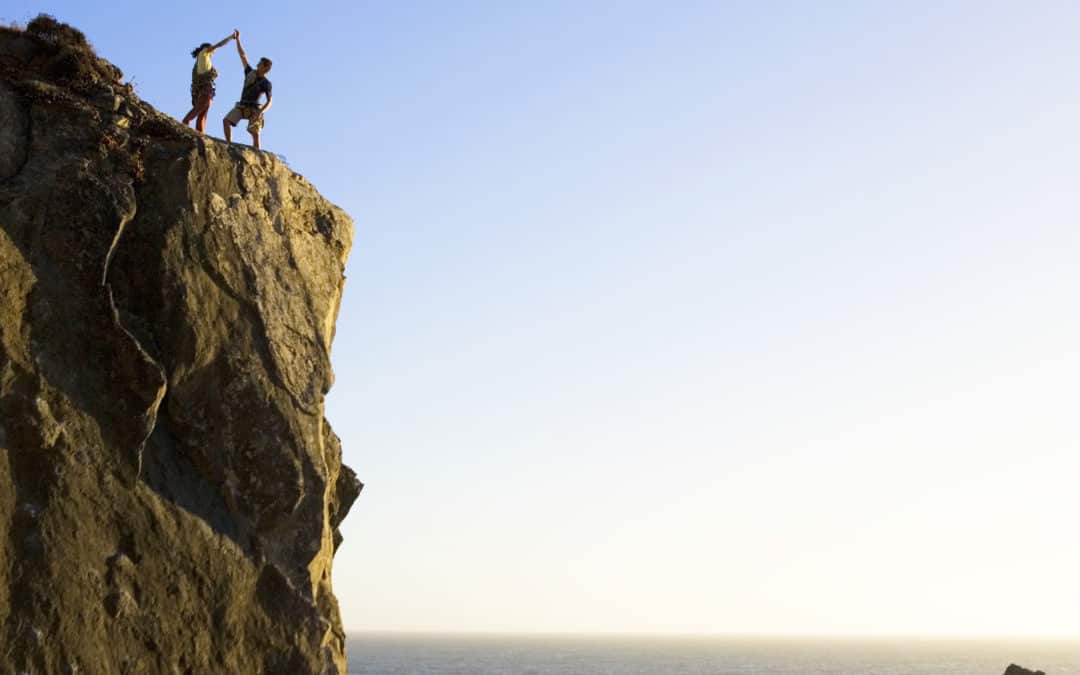 “The human soul, beaten down, overwhelmed, faced by complete failure and ruin, can still rise up against unbearable odds and triumph” (Harold Russell).

DOWN BUT NOT OUT — THAT IS THE CONDITION IN WHICH WE OFTEN FIND OURSELVES. “Down” means we’ve suffered a setback and are perhaps discouraged, but we refuse to be “out,” that is, we refuse to believe the war is completely and permanently over. Having been knocked off our feet, we somehow still know that it’s possible to get back up and get back in the fight. The freedom of the human spirit is amazingly irrepressible. It’s virtually impossible to defeat a human being so decisively that he or she can’t make a comeback. As long as life lasts, human beings are never “out.”

And yet, rarely do we triumph without having lost hope once or twice along the way. Discouragement is a thing that must be dealt with by everybody, even those who end up winning the victory. “It is only after an unknown number of unrecorded labors, after a host of noble hearts have succumbed in discouragement, convinced that their cause is lost; it is only then that the cause triumphs” (François Guizot). So when we’re discouraged, that’s not necessarily evidence of a lack of character. Discouragement is simply a part of the price that must be paid to attain our goals and win our victories.

When we’re discouraged, we owe it to those around us not to give up completely. By the choices we make in our own struggles, we either help or hinder others with their difficulties. As any soldier can tell you, individual examples of either courage or cowardice have a powerful effect on the morale of the unit as a whole. We need to make sure that our example has an encouraging effect on the “troops.”

Whether we’re thinking about our private problems or we’re contemplating the larger warfare between good and evil, I believe there’s reason for us to have faith. No, the evidence is not unequivocal, but I believe there is sufficient evidence to suggest that persistence will pay off. On any given day, skirmishes may be lost here and there. But the finer things in this world come to those who move forward in confidence — confidence that what’s right is stronger than what’s wrong.

“In the end the good will triumph” (Euripides).