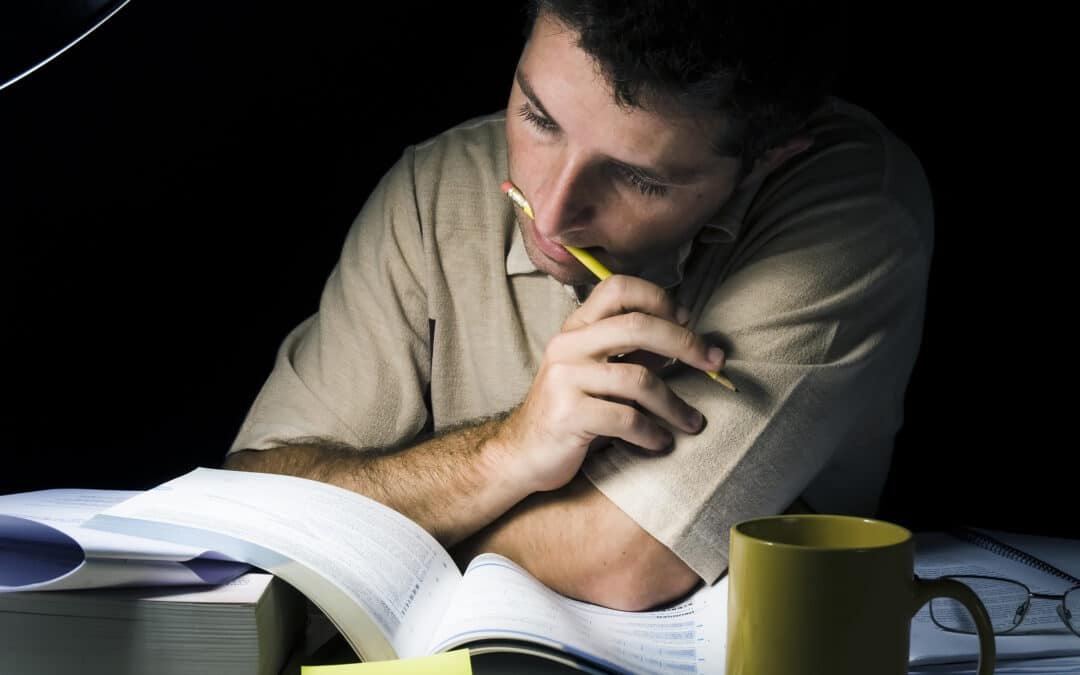 AS A WRITER, AND ONE WHO LIKES TO STUDY, IT’S HARD FOR ME TO UNDERSTAND THIS FACT: MOST PEOPLE DON’T ENJOY THE ACT OF STUDYING. I think I know some folks who would rather go to the dentist than sit down and study. So in today’s reading, I am trying to be realistic and fair. Not everybody needs to be a scholar. But even so, “study” is a positive word, and I want to recommend it.

It is certainly true that some people spend too much time studying and not enough time working. In fact, study can sometimes be an evasion of work. No matter how hard he is studying, if the student should be doing something else, then by studying, he is just being lazy.

But few of us have that problem. We tend more in the direction of the opposite problem, that of too little study. Cicero, the Roman orator, once listed the “six mistakes of man.” Mistake No. 5 was, he said, “neglecting the development and refinement of the mind, and not acquiring the habit of reading and study.” There is simply no way around the fact that there are some important truths that need to be known by everybody, and we help ourselves greatly by studying to learn these truths. To neglect “the development and refinement of the mind” is to make a mistake that we will regret if we live very long.

Mao Tse-Tung was probably right when he said, “Complacency is the enemy of study.” Most of the study that is done in the world is done by people who, in one way or another, are trying to change something. That being true, it may be that we don’t study any more than we do because we are content with the way things are. If we saw study as a means to an end that was very important to us, then we would study to learn how the end or goal could be reached.

Usually, our study should be a means to a very personal end. We ought to study with a view to upgrading our own character and conduct. If we study to improve the world and give no thought to improving ourselves, there’s a good chance that we’re wasting our time.

“Forasmuch as many people study more to have knowledge than to live well therefore ofttimes they err and bring forth little fruit or none” (Thomas à Kempis).