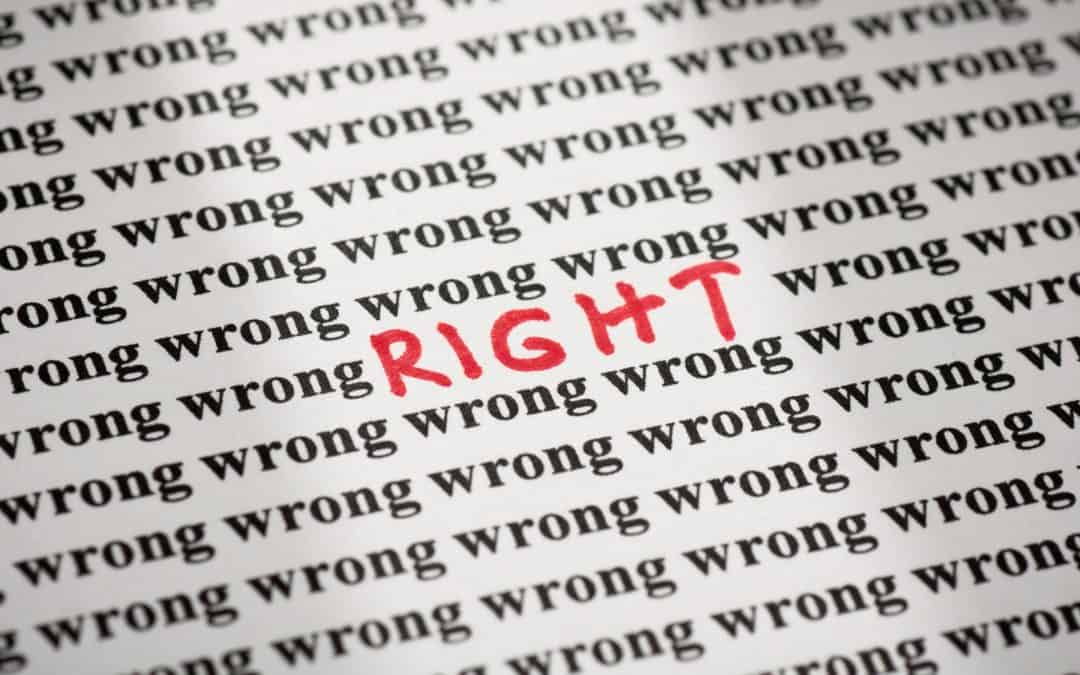 “To be individually righteous is the first of all duties, come what may to one’s self, to one’s country, to society, and to civilization itself” (Joseph Wood Krutch).

IN TODAY’S READING, I WANT TO ASK YOU TO RECONSIDER YOUR CONCEPT OF A VERY IMPORTANT WORD: “RIGHTEOUSNESS.” The popular concept of this word is that it is a religious word meaning little more than self-righteousness. If someone said they were striving to be righteous, most people would think they were in danger of developing a holier-than-thou attitude. But as the spelling and the etymology of the word suggest, “righteousness” (“right-wise-ness”) has to do with what is right. To pursue righteousness is to set oneself the goal of thinking and acting rightly in all of one’s dealings. And this, as Joseph Wood Krutch reminds us, is “the first of all duties.”

Actually, the core concept of righteousness is justice. And what is justice? It’s doing what is fair — and the fairness is judged not by our own opinions but by the objective standards of equity that people have held to throughout history. I like Benjamin Disraeli’s definition: “Justice is truth in action.” When we act with justice, we’re acting in accord with timeless truth. And to do that is to act righteously.

We need to have more faith in the ultimate victory of righteousness. To act against what’s right is to fight against reality, and to do that is to doom ourselves to failure. Sooner or later, right will predominate; nothing can prevail against it. “God’s mill grinds slow, but sure” is the way George Herbert put it. And so Abraham Lincoln spoke wisely when he said, “Let us have faith that right makes might, and in that faith let us to the end dare to do our duty as we understand it.”

These days many of us live in affluent societies. As far as the “creature comforts” are concerned, we have much to be thankful for. But prosperity (and even the opportunity to become prosperous) has a dangerous tendency: it nudges us in the direction of a self-centered, materialistic view of life. In the mad rush to enjoy ever more of the possessions and pleasures of this world, the importance of things like righteousness may be left behind. So we need reminders — I need them as much as you do — that in the final tally of all our deeds, the only thing that will matter is whether we did what was right.