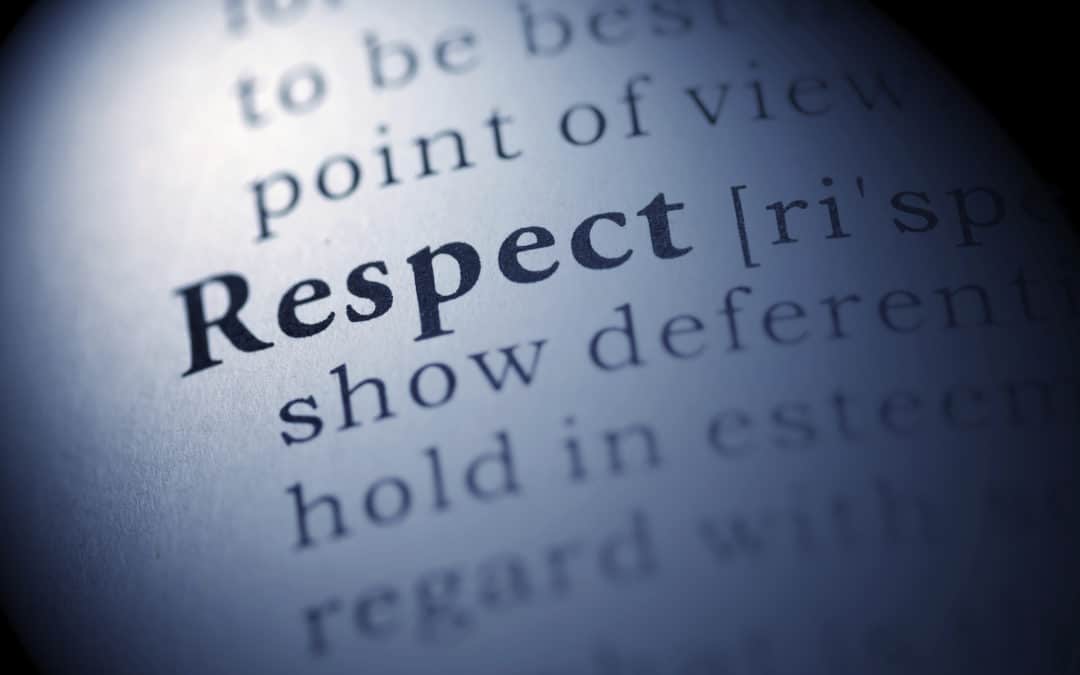 “Man is still a savage to the extent that he has little respect for anything that cannot hurt him” (Edgar Watson Howe).

IF WE RESPECT ONLY THOSE WHOM WE FEAR, THEN WE’RE NOT LIVING MUCH ABOVE THE LAW OF THE JUNGLE. Unfortunately, however, in a world where “might makes right,” extending respect to others often means no more than this: we defer to those who have the power to punish us if we fail to do their will. Most of us would say we regret this state of affairs, but what do we do about it? How often do we show real respect to anyone or anything when we don’t have to?

But what if the other person is not “respectable”? If their character or conduct doesn’t merit respect, should we go ahead and respect them anyway, just so that we can have the trait of respectfulness? No, respect would mean nothing if it were given out indiscriminately. But with that in mind, consider that the following points are also true.

Our inclination ought to be to extend as much respect as possible. There may be people whom we’d like to respect more than the facts presently allow us to, but if we say we’d “like” to respect them more, that should really be the truth. If we’re “respectful,” that means our basic instinct runs in the direction of respect rather than away from it.

People often deserve more respect than we suppose. Just because somebody does something disrespectable, that doesn’t mean they deserve no respect at all. “Reverence [respect] is a good thing, and part of its value is that the more we revere a man, the more sharply are we struck by anything in him (and there is always much) that is incongruous with his greatness” (Max Beerbohm). Respect isn’t an all-or-nothing affair; we may respect a person in some ways even if we can’t do so in other ways.

If there are those who can be respected for no other reason, we can still respect their humanity. The bottom line is that we are all human beings, endowed with a certain dignity as part of our birthright. That human dignity deserves to be respected no matter how foolishly a person may have failed. For this reason, we are to love every person unconditionally. Yes, the love must often be tough love, but it must never be anything less than respectful love. Respectfulness means wanting to love our neighbors. All of them. Even when we don’t have to.