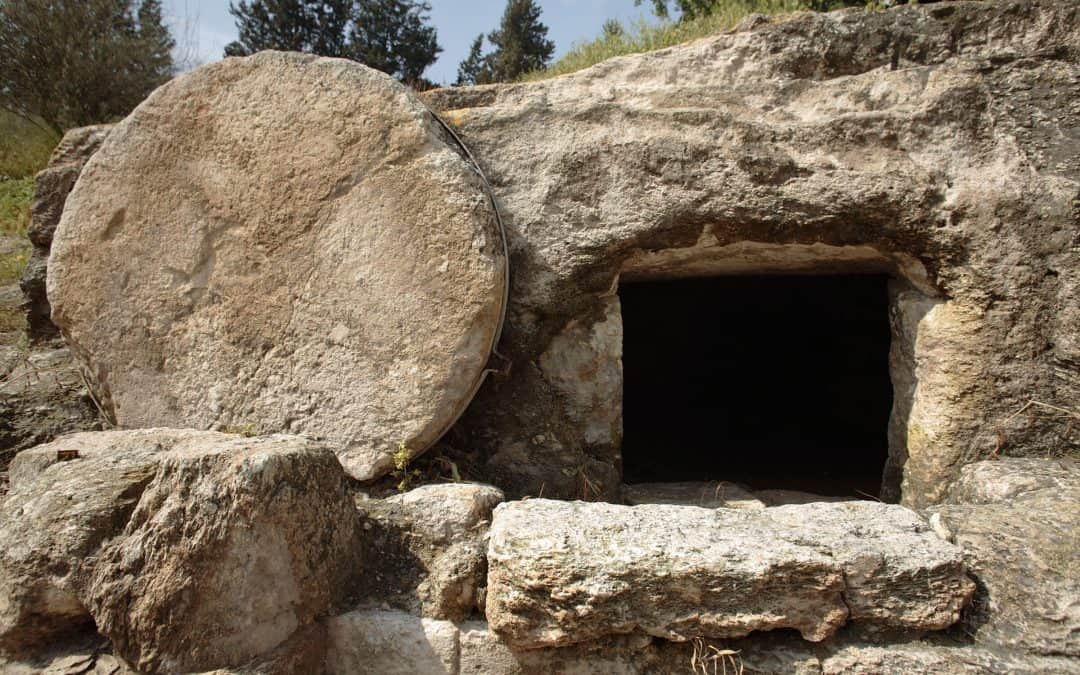 Most of the religions in the world are based on philosophical theories or unverified legends, but the gospel of Christ is based upon a historical fact: THE RESURRECTION OF JESUS FROM THE DEAD.

When Christians today try to persuade others to become Christians, they do so by presenting evidence that the resurrection took place. This evidence consists of EYEWITNESS TESTIMONY by those who had personal contact with Jesus after He had been put to death.

Christianity, therefore, is more than a beautiful story. It is more than wishful thinking. We know that the gospel is true because real people actually saw Jesus after His resurrection . . . and if the resurrection took place, then the gospel of Christ can’t be anything but true.

Many other people besides the apostles saw Jesus, of course, but the apostles were a special case. Not only were they witnesses of the resurrection, but Jesus invested them with His own personal authority to teach the world what He had taught them (John 14:25,26; 15:26,27; 16:12,13; Acts 1:8).

One of these apostles was a man named John. In his old age, John wrote a letter to some of his brethren who were being unsettled by the early “gnostics” who denied that God took fleshly form in the person of Jesus. Here is how he began: “That which was from the beginning, which we have heard, which we have seen with our eyes, which we looked upon and have touched with our hands, concerning the word of life — the life was made manifest, and we have seen it, and testify to it and proclaim to you the eternal life, which was with the Father and was made manifest to us — that which we have seen and heard we proclaim also to you, so that you too may have fellowship with us; and indeed our fellowship is with the Father and with his Son Jesus Christ. And we are writing these things so that our joy may be complete” (1 John 1:1–4).

My friends, either the gospel is true or it is not. Whether it is true depends upon whether the apostles really did know Jesus as a person and see Him after His resurrection. Sitting in the “jury box,” we’ll have to make up our minds WHETHER THEIR STORY HAS THE RING OF TRUTH. I have read the record for a long time now, and I can tell you this: the eyewitness testimony to Jesus and His resurrection is rock-solid. I have tried to poke holes in it. I have tried to find weaknesses in it. But at the end of the day, there are just too many things that can’t be explained except on this premise: THESE PEOPLE REALLY DID SEE WHAT THEY SAID THEY SAW.

So let’s get our minds around this fact: REAL PEOPLE ACTUALLY SAW JESUS AFTER HIS RESURRECTION. If they saw Him, as they said they did, then the resurrection is a HISTORICAL FACT. And if the resurrection really did happen, as the apostles claimed, then the GOSPEL IS TRUE.

The only doubtful question is this: “What are we going to do about it?”