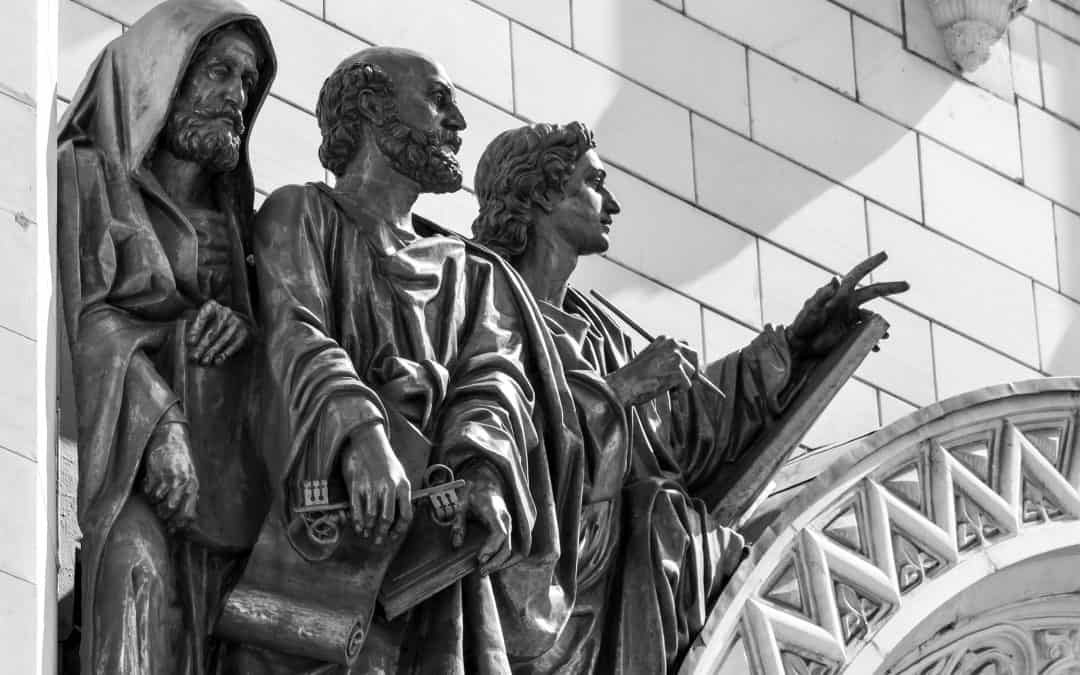 WHEN WE ARE ADRIFT, WE NEED AN ANCHOR. But when it comes to the gospel of Christ, it is extremely important what anchor we choose to employ. Changing the metaphor, we might say that our standard of measurement is important. If we need to know whether a particular belief or practice is valid, we won’t get a helpful answer if we measure by the wrong yardstick.

For Christians, the Scriptures are the definitive standard by which beliefs and practices are to be judged. Starting with Genesis and culminating in the writings of the apostles of Christ, these documents are normative. That is, they define what is and what is not an authentic part of the “Way” (Matthew 7:13,14; John 14:6; Acts 24:14). The Bible is, in effect, the “constitution” of Christianity.

In the late first century, several decades after the beginning of the gospel, many began to abandon the teaching of the apostles and promote progressive views of discipleship. Against this departure, the apostle John wrote a heartfelt plea to his brethren urging them to ground themselves in what they had been taught by the apostles (1 John 1:1–4; 2:24; 4:1,6). If they left this teaching, they would have departed from Christ (1 John 2:18,19; 2 John 9–11).

The crisis in John’s day was the beginning of a trend that continues today. At present, it is fashionable to say that there is no norm — Christianity is whatever we wish it to be. If there is any standard, it is our own subjective feelings. As for the Bible, it is viewed as a “living” book whose meaning changes over time.

Yet this goes against the way the apostles themselves viewed the gospel. There was, for example, no hope that the problems in Corinth would be solved if the Corinthians didn’t remember what Paul had taught them as an apostle. “Now I would remind you, brothers, of the gospel I preached to you, which you received, in which you stand, and by which you are being saved, if you hold fast to the word I preached.” And what if they did not hold fast? Paul left no doubt that they would have “believed in vain.”

“A Christian cannot live by philosophy. Only the light of Christian revelation gives the end as well as the means of life” (John Jay Chapman).