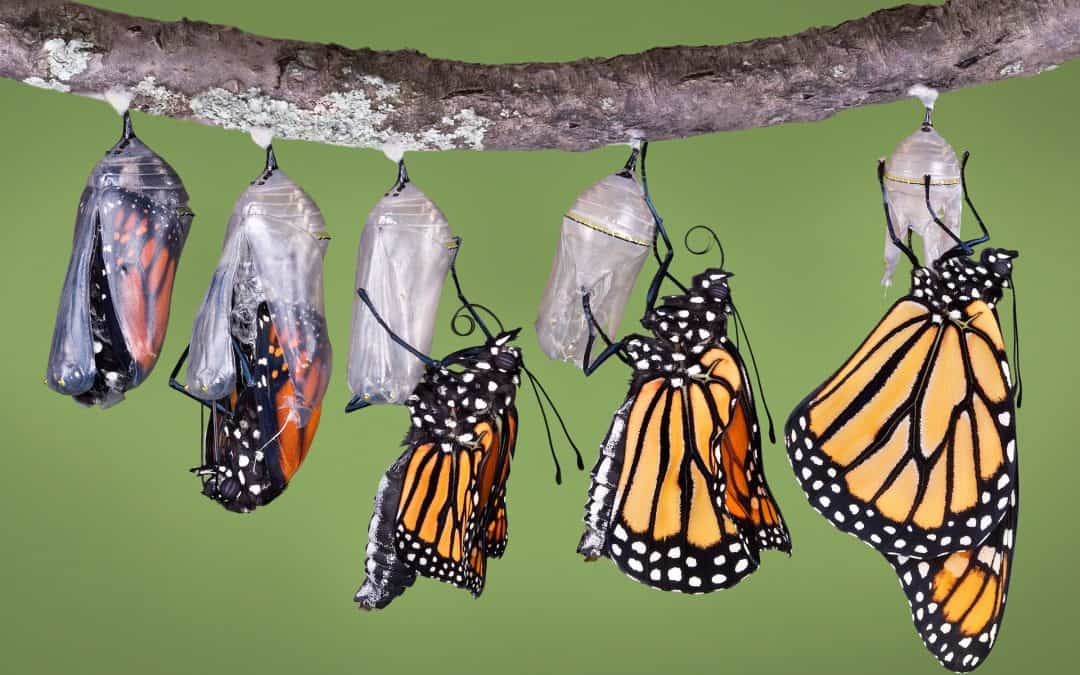 TO BE A CHRISTIAN IS TO BE A PERSON UNDERGOING A GREAT CHANGE. What we are today is not what we will have become tomorrow and each day after that, until our lives are done. We are creatures in the act of “becoming.” As Paul wrote, “We all, with unveiled face, beholding as in a mirror the glory of the Lord, are being transformed into the same image from glory to glory, just as by the Spirit of the Lord” (2 Corinthians 3:18). We have already died to our old selves, but what “the likeness of His resurrection” will mean for us is not yet fully known. Only time will tell.

In nature, we’re familiar with the metamorphosis by which, for instance, a caterpillar becomes a butterfly. The astonishing thing about this process is the radical difference between the caterpillar and the butterfly. Who could have predicted such a change?

But metamorphosis in the spiritual realm is different than that in the physical realm in that it involves the freedom of the will of those who are being transformed. A caterpillar doesn’t have any say in what kind of butterfly he will be, but we do have a say in what we become. In fact, it’s by our choice that we determine whether we will be transformed into glorious beings (partaking of the divine nature) or horrible monsters (partaking of nothing but the corruption that comes from death and decay).

Life in God has aptly been called the Great Adventure. No small part of this adventure is the joy of seeing ourselves unfold and develop into fully mature persons. What right-thinking person can fail to be excited about being transformed in this way?

When what we are frustrates us, we shouldn’t give up on ourselves. One day, we will be glorious creatures, but we’re not there yet. And even in this life, few of us have yet matured into the persons that others will remember after we’re gone. The most that can be said is that we’re becoming the persons we were created to be. But that is saying quite a lot! In God, both the destination and the journey are things to be thankful for. Let’s not fail to appreciate the awesome process that we’re in the middle of.

“People become who they are. Even Beethoven had to become Beethoven” (Randy Newman).