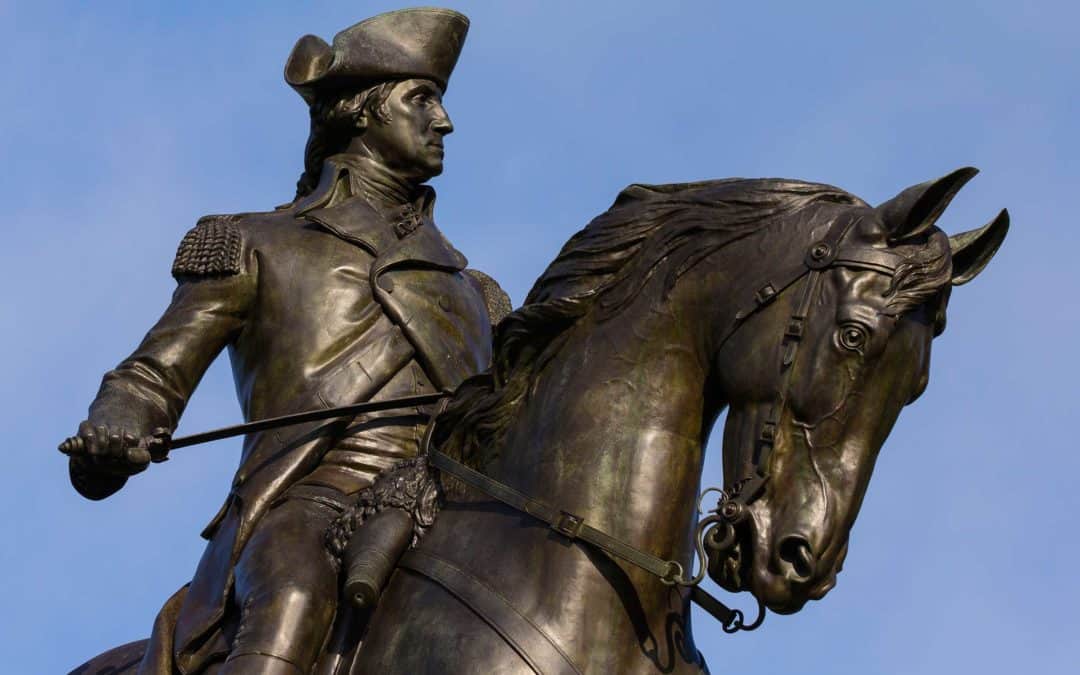 “He that would be a leader must be a bridge” (Welsh Proverb).

IT WOULD BE HARD TO THINK OF GEORGE WASHINGTON, WHO WAS BORN ON THIS DAY, AND NOT THINK OF LEADERSHIP. If it hadn’t been for his ability to blaze a trail, both literally and figuratively, our nation might easily have been lost trying to find its freedom. We wouldn’t have to stretch our imaginations much to believe that the availability of his leadership at that time was providential.

When history judges a person to have been a leader, that person is almost always someone who helped his contemporaries get through a time of change. And the more gut-wrenching the change, the more valuable were the services of the individual who led others through the transition. Great leaders don’t waste time wishing for more favorable circumstances in which to demonstrate their skills or display their wisdom; they recognize that if circumstances were completely favorable, their services would scarcely be required. Hard work during hard times is what leadership is primarily about.

We are, unfortunately for our nation, quickly losing touch with the real-life facts of the Revolutionary War. Far removed from the bloody traumas of that period, comfortable in freedoms which have been the norm all our lives, and uninterested in reading our history books or honoring our heroes, we live as if things have always been the way they are now. We forget the horrifying chasm over which George Washington led us — from what once was to what now is.

But however valuable his service was, George Washington was not primarily interested in being remembered as an individual. He would not have wanted our freedoms to depend on any continuing influence by him down through the years. Like all great leaders, he wanted those whom he led to be enabled and empowered. He might have wanted to be remembered, but more than that he would have wanted us to move ahead, no longer needing his active assistance. And so, on his birthday, let’s honor Washington wisely. Let’s acknowledge with gratitude the bridge that he led us over, and then let’s see if we can’t find some chasms that our own neighbors need help crossing.

“The final test of a leader is that he leaves behind him in other men the conviction and the will to carry on” (Walter Lippmann).