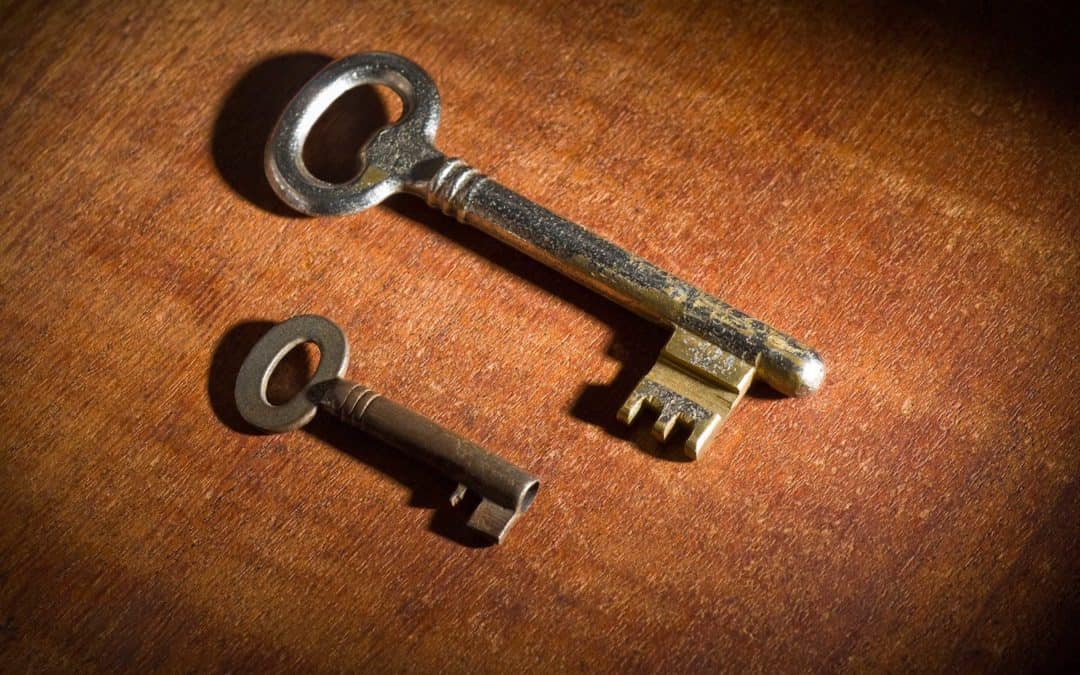 LOCKED DOORS ARE MYSTERIOUS, AND THE KEYS THAT OPEN THEM HAVE A ROMANTIC AURA ABOUT THEM. I once came across a collection of keys on a brass ring in an antique store, and it was all I could do to keep from buying them. Even without knowing what doors they would have opened, I still found the keys fascinating. Keys are like that. They are powerful, and they are interesting.

The most important keys, of course, are not those that are physical; they are the intangible ones that unlock invisible doors: the doors we all have to go through to get from one “room” in our lives to another. When we have trouble getting these doors open, it’s nice to have a friend who can provide the key. And these keys come in many different forms, don’t they? Sometimes it’s a word of encouragement that opens the door, or perhaps an insight from our friend’s thinking. It may involve a recommendation given by our friend to a third party. Often, it’s simply an act of kindness or service by our friend that provides the key to progress. Each key is important in its own way.

Friendship also involves the mutual keeping of another kind of key. Close friends confide in one another in valuable ways, and in a faithful friendship, these special, private truths cannot be divulged without the permission of the other friend, who, in effect, holds the “key.” In the words of Christopher Smart’s poem: “‘Tis in my memory lock’d / And you yourself shall keep the key of it.”

Perhaps the most amazing kind of key, however, is the one that opens the door through which someone else discovers their real life! It’s shocking to think about, actually, but we can sometimes assist other people in finding out who they are and where they should be headed. Looking back, most of us can identify friends who helped us in that way, and we should be willing to pass the favor along whenever we can. In fact, there aren’t many higher things that we can aspire to. Simply being people who have the effect of “opening up” those around us, that is a character and a reputation worth working to maintain.

He opened us —
who was a key,
who was a man.
(Gwendolyn Brooks)