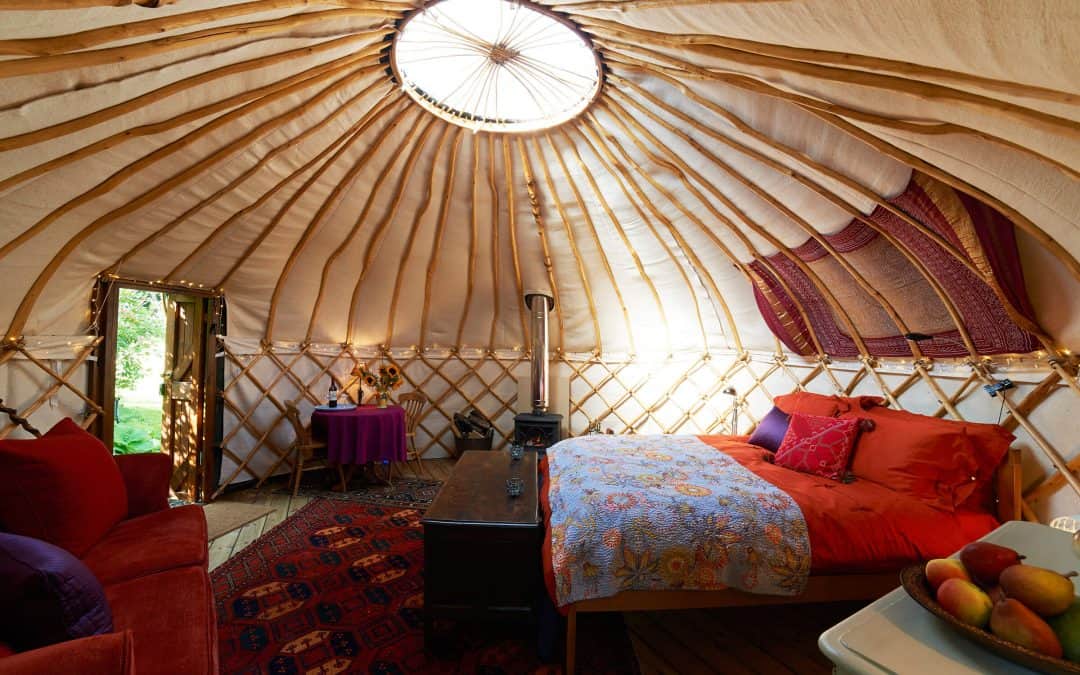 Have you joined the “glamping” movement yet? Combining “glamorous” and “camping,” the word “glamping” refers to luxury camping. “Glamping is where stunning nature meets modern luxury. It’s a way to experience the untamed and completely unique parts of the world — without having to sacrifice creature comforts” (Glamping.com). As another glamping website says, it is “camping without any of the hassle or hard work or dirt . . . a bridge to the outdoors for people who quite frankly don’t want to rough it.”

Glamping is on the pricey side, of course, and I can only imagine the eye rolls of the poor in the third world who will be saying, “What will these affluent tourists come up with next to keep themselves entertained?” To glamp or not to glamp is a first-world problem.

The first time I heard about “glamping,” for some reason I thought of the old gospel song, “Camping Toward Canaan’s Happy Land.” That song imagines our journey toward heaven as being similar to the camping of the Israelites in the wilderness as they made their way toward Canaan. For Israel, there was nothing luxurious about the wilderness, and as we “camp” toward heaven, we should be prepared for the excursion to involve some “sleeping on the ground,” so to speak.

It occurs to me that we want our earthly sojourn to be as “nice” as glampers want their camping adventure to be. We’re willing to make the trip as long as we can take our creature comforts with us. Unlike Paul who longed to go to heaven and be released from the difficulties of his earthly “tent” (2 Corinthians 5:4), we spend our lives making our tents as cozy and comfy as possible — and perish the thought that we might have to quit living in them anytime soon.

But I can hear some saying, “So what, Gary? What’s your point?”

Well, there is no inherent value in physical deprivation, and you would mistake my meaning if you thought this post was a recommendation of old-fashioned “roughing it” as opposed to modern “glamping.” But from a spiritual standpoint, there can be no question that the more luxuries we have with us here in the “wilderness,” the less fervent will be our longing for the Promised Land. It was Jesus who said, “Where your treasure is, there your heart will be also” (Matthew 6:21), and we’re being nothing but foolish if we think we’re exceptions to that rule.

At the risk of appearing impertinent and out of touch with reality, I would like to make a radical suggestion. Deliberately cut back on the number of (1) artifacts, and (2) activities in your life. On your way to the Promised Land, trek through this temporary world with less baggage. Quit trying to make the wilderness a comfortable experience and let it be what the Lord intends it to be: a test of your endurance. The less luxurious your “tent,” the more you’ll yearn for “home.”