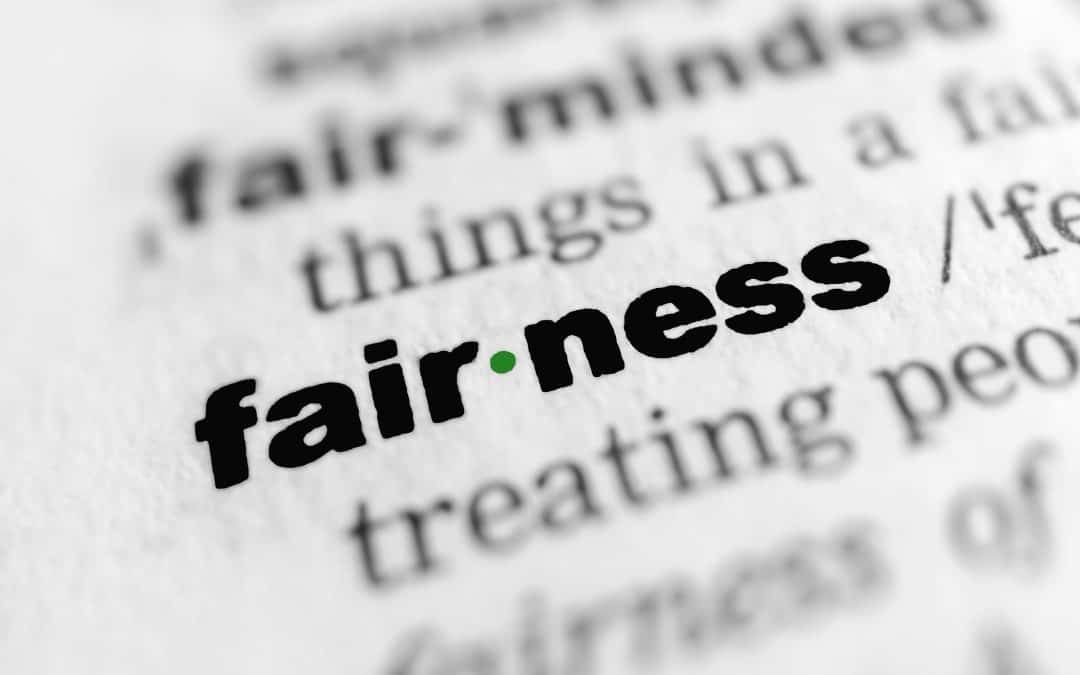 “Fair play is primarily not blaming others for anything that is wrong with us” (Eric Hoffer).

We all prefer to live in nations, communities, and neighborhoods where justice prevails, but large-scale justice will never prevail in those areas if ordinary, small-scale fairness doesn’t prevail in our everyday dealings with those around us. “A man who deals in fairness with his own, he can make manifest justice in the state” (Sophocles). So it’s a helpful exercise to ask ourselves from time to time: if everyone in the world treated people exactly as I do, what would the world be like?

Out of all the things we might want to be known for, fairness would be one of the most admirable. Whatever else might come to people’s minds when they think of us, if they think of fairness, that’s a reputation we should be glad to have. In fact, if we ever had to choose between being loved and being respected (for things like fairness), being respected would be the better choice. If those who know us can take it for granted that, come what may, we can be counted on to do what’s fair, then that ought to give us a very good feeling.

In the long run, it’s foolish to deal unfairly with anyone. Doing so is morally wrong, of course, and that ought to be reason enough to keep us away from it, but the fact remains, unfairness is also foolish. It doesn’t work. Eventually, it always proves to be ineffective. We may take advantage of somebody today and think we’ve gotten away with it, but sooner or later that person will realize that we’ve been unfair, and the repercussions at that time will outweigh any short-term benefit we may have received from our injustice. In the matter of fairness, as in all others, the law of the farm rules: we reap what we sow.

“Since nothing is settled until it is settled right, no matter how unlimited power a man may have, unless he exercises it fairly and justly his actions will return to plague him” (Frank A. Vanderlip).