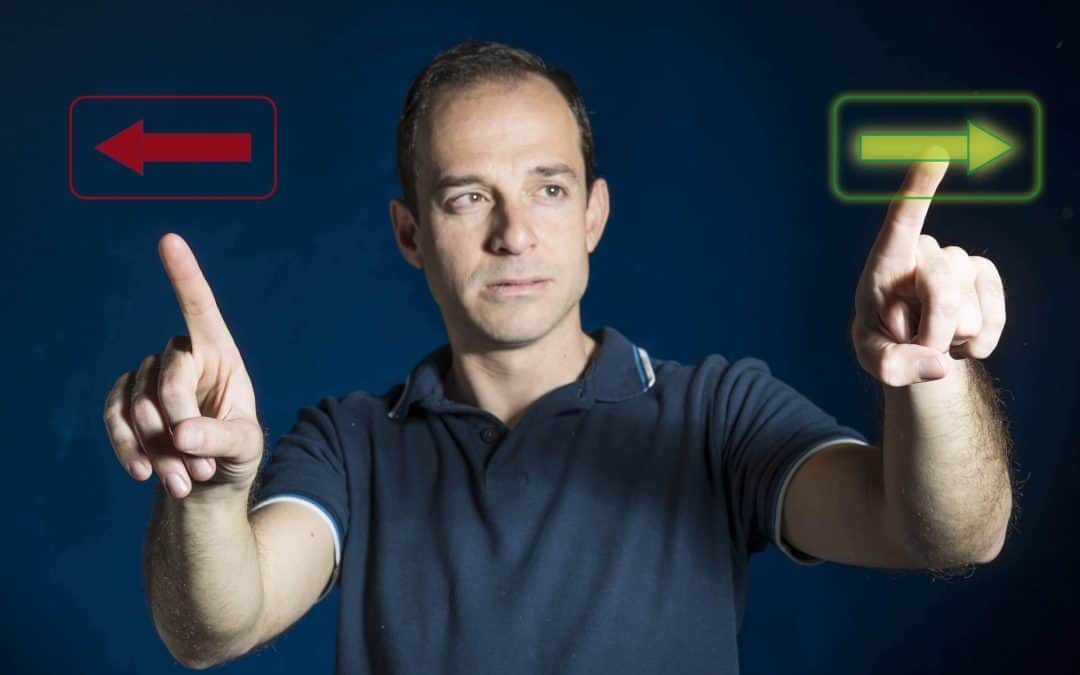 A person’s individual “nature” as a unique human being is something that God creates. In contrast, each person makes his or her own “character.” We may not be entirely pleased with what we’ve built, but each of us has been constructing our character since childhood. We’ve been thinking the thoughts, speaking the words, and doing the deeds that have shaped us into the sort of person we are today. From the standpoint of free moral agency, each of us is a “self-made” person. Granted, we’ve all been confronted with circumstances that involved no choice on our part. But having been created in God’s image, we’re endowed with an independent will, and each of us has decided how to deal with our circumstances. No doubt we’ve made many choices so carelessly that they seemed like “automatic” responses, but still we understand that we could have, and often should have, chosen other responses. As our choices accumulate over a lifetime, they produce our “character,” the unique blend of “characteristics” that define what we’ve done with the nature God gave us and the circumstances that came our way. Personal responsibility simply means owning our responses and accepting this hard truth: our character today is the end product of what we’ve been choosing since we started making choices.

Think for a moment about this accumulation of choices. Most people have observed that decisions — even the little ones — tend to “snowball.” As one is added to another, a much larger and stronger effect is created than one might ever imagine. Every decision and every act change a person for better or worse. One is never exactly the same after making any choice, however little. Every choice has to be made by a person shaped by every choice he’s already made. What any person decides to do tomorrow will be greatly influenced by what his character is today — and his character today is the consequence of all that he’s done before today. With every one of even our slightest deeds, the “snowball” is growing. We are building up a character, a self, and a person. And as time goes by, our habits will begin to reveal our heart. Whether we are growing toward heaven or toward hell will be indicated by which actions are becoming easier for us and which more difficult. Eventually, the character we’re creating right now will be completed or “perfected” in heaven or hell, one or the other.

Looked at from this angle, the fact that “every act counts” is both sobering and humbling. If every act goes into the making of my character, then God will surely take every act into account in His judgment of me. Various passages emphasize this reality. “I tell you, on the day of judgment people will give account for every careless word they speak” (Mt. 12:36). “For we must all appear before the judgment seat of Christ, so that each one may receive what is due for what he has done in the body, whether good or evil” (2 Cor. 5:10). If we’re careless with our lives, the time will come when we’ll have to accept responsibility for every haphazard choice we’ve made — however insignificant they seemed at the time — and own up to having become the kind of people such heedlessness has turned us into.

The thought that we can destroy ourselves by failing to think things through carefully enough is arresting. Think about it: hell is the end of the road for people who don’t pay attention to what is happening to their character. Perhaps a few will go there because they’ve deliberately planned to rebel against God. But many more will simply have grown wicked as one lazy, careless decision after another carried them further and further away from God. All along this downward road, these folks were foolishly thinking that perhaps some of their choices wouldn’t “count” at the judgment, that they had plenty of time to reverse their habits, and that their undesirable actions had nothing to do with their basically “good” character. Perhaps they were lulled to sleep by the message of pop psychology that one should always have high self-esteem and never view one’s character in a negative light, regardless of the evidence furnished by one’s way of life.

At God’s judgment bar, however, there will be no time wasted ministering to the self-esteem of the wicked. Our character, as God sees it, is not simply the “self-worth” we wish to confer upon ourselves by a positive mental attitude. We’ll be judged on the basis of what we actually did with ourselves, a truthful judgment based on reality and not wishful thinking. Character consists of the real-life accumulation of a person’s actual choices, and God does not hesitate to pronounce a person wicked who consistently and unrepentantly makes the decision to engage in wicked conduct (Ezek. 18:20). A wicked person, of course, need not remain a wicked person (Ezek. 18:21–24). As long as life lasts, anybody can change at any time. In Jesus Christ, a person can stop being wicked and start being righteous (Ac. 17:30,31). But if an individual doesn’t change, he shouldn’t be encouraged to think of himself as a person of good “character” who just happens to be making bad “choices.” He should be urged to face the facts in regard to his real character and be reminded that in the calculation of character every act counts.

Yet, God be thanked, the seriousness of judgment upon the unrepentant is not the whole story. From the perspective of salvation, it is encouraging to know that every act counts. No matter how deep the ruts I’ve dug, redemption is always a possibility. There is always some step that I can take in a positive direction. While I still live, I’m never helpless or hopeless. Whatever the distress, I can know that steps taken in the direction of goodness and truth do make a difference, however small those steps may be at first. God does not require larger strides of righteousness than I can manage. He only requires the steps that I can take right now. When I take those steps in faith, I’ll find that it always does good to do good — and that every act counts. Whatever needs to be done can be done, through Christ (Phil. 4:13).