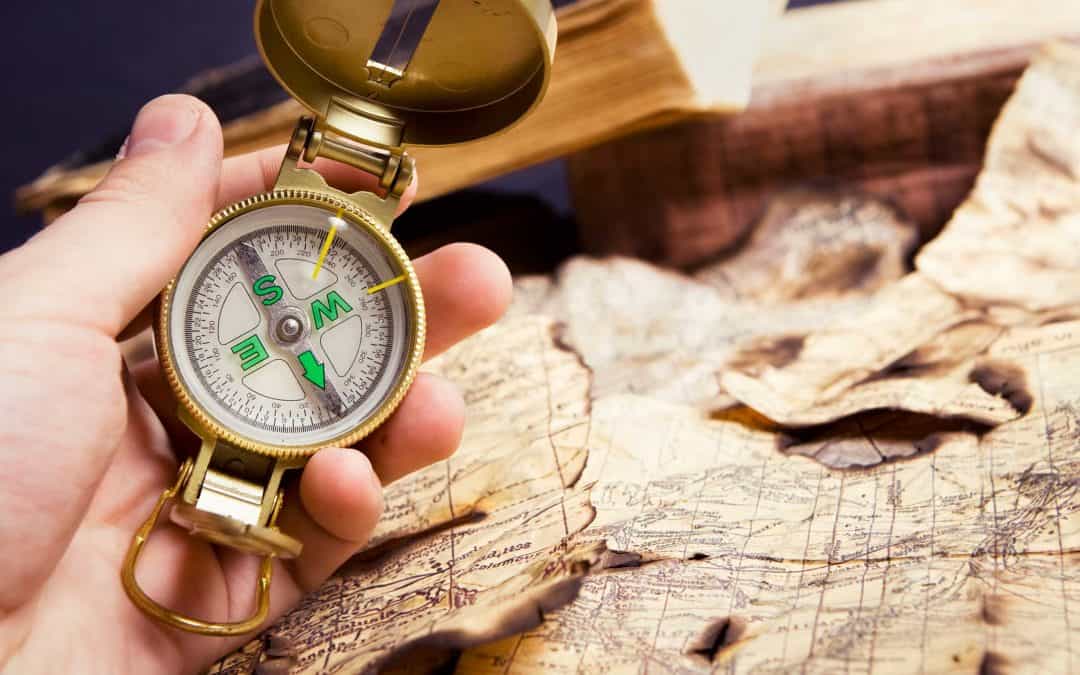 AMONG THOSE WHO HAVE NO DIRECTION IN LIFE, THERE ARE TWO TYPES OF INDIVIDUALS. One is the person who has no goal at all. But the other is the fellow in Leacock’s description: he rides off “in all directions” at once. In these days of complexity and choice, many of us suffer from this syndrome. Wanting to pursue so many different interests, we have no sharply focused commitment to any of them. We suffer from a serious lack of direction.

But before you settle on the main direction of your life, let me caution you about the dangers of a wrong direction. One of my favorite quotations from William Barclay is this one: “However far you go, it is not much use if it is not in the right direction.” Couple that insight with Charles Caleb Colton’s distinction between ignorance and error: “Ignorance is content to stand still, with her back to the truth; but error is more presumptuous and proceeds in the wrong direction. Ignorance has no light, but error follows a false one.” Obviously, deciding on our life’s direction is a matter of extreme importance. And if we’re contemplating changing direction, that’s an important matter also. It’s better to think slowly about changes in direction than to make quick changes that will have to be undone later. F. Scott Fitzgerald was right: “Once a change of direction has begun, even though it’s the wrong one, it still tends to clothe itself as thoroughly in the appurtenances of rightness as if it had been a natural all along.”

Perhaps because people of clear direction are so rare, those who do have a strong sense of direction are strikingly noticeable. They stand out. I don’t recommend that you decide on your direction merely for competitive reasons, but I can tell you this from experience: if you want to be different from your peers, just know where you are going. That will distinguish you clearly. And not only that, but when you decide on your direction and commit yourself to following it, you’ll find yourself filled with a motivation you’ve probably not known before. “To grow and know what one is growing towards — that is the source of all strength and confidence in life” (James Baillie).

“The world stands aside to let anyone pass who knows where he is going” (David Starr Jordan).