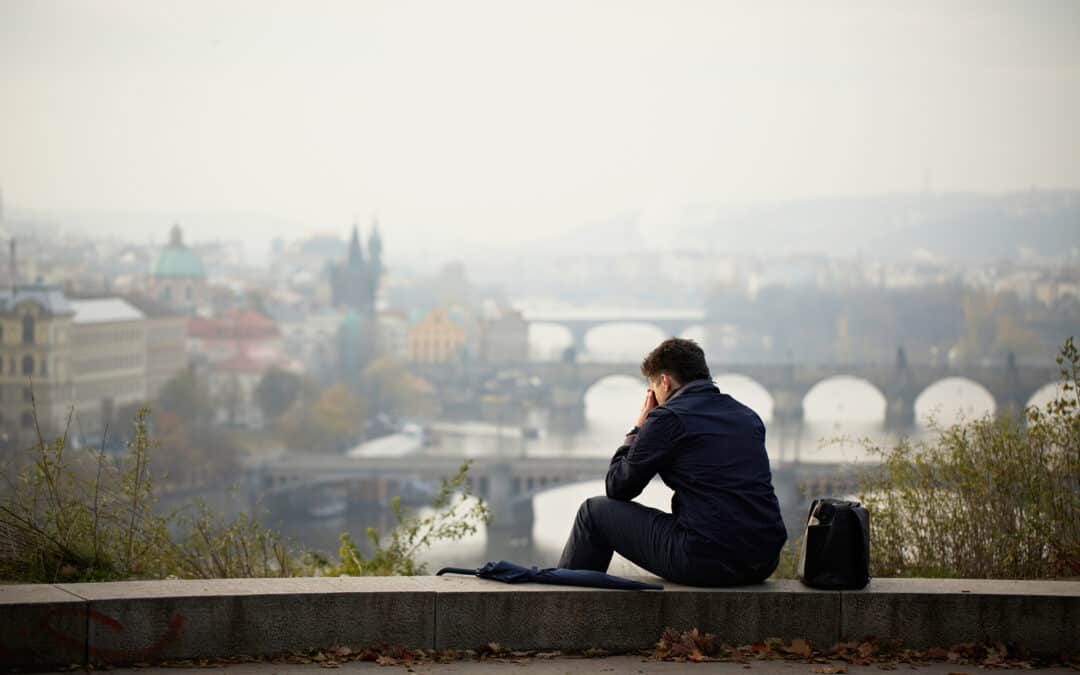 “Then Cain went out from the presence of the Lord and dwelt in the land of Nod on the east of Eden. And Cain knew his wife, and she conceived and bore Enoch. And he built a city, and called the name of the city after the name of his son — Enoch” (Genesis 4:16,17).

AS WE CROWD EVER MORE TIGHTLY INTO THE CITIES AND LIVE OUR LIVES IN THE BOSOM OF URBAN POTENTIAL AND POSSIBILITY, THE MORE UNEASY OUR HEARTS BECOME. The impersonal forces that stalk our city streets terrify us and leave us to wonder where, if anywhere, we belong. In our hearts, we feel cut off from “home.”

“Anomie” is a word used to describe this feeling. Derived from the Greek word for “lawlessness,” the term was coined by French sociologist Émile Durkheim to denote the conditions that result when a society’s “normative code” begins to disintegrate. In more recent years, “anomie” has come into popular usage as a description of the “alienation” felt by individuals when they sense that the structures of society are collapsing. It’s that sickening, rootless feeling that the world is coming apart. One of the great ironies of human society is that this feeling of alienation is most prevalent where people are the most closely packed together.

The point is not that rural life is good and city life is evil. It is certainly possible to choose a godly character and live a quality life in either place. But cities do have one great disadvantage: when a society rejects the “normative code” of moral and ethical truth that has previously held it together, the results will be felt in a more concentrated way in places where people have massed together in greater numbers. If the normative code has been rooted in the reality of God, whatever social consequences attend the rejection of God, those consequences will increase exponentially as the population of a city grows more dense. It can be argued that the need to mitigate the social consequences of sin is one reason God defeated the project at Babel and forced the human race to spread out over the face of the earth (Genesis 11:1–9).

But whether urban or rural, this world’s life leaves us with a gnawing uneasiness. We can hardly dispel the feeling that we’re adrift, cut loose from what were meant to be our moorings. And a large question confronts us: from Whom are we alienated?

“The soul hardly ever realizes it, but whether he is a believer or not, his loneliness is really homesickness for God” (Hubert Van Zeller).