Transcendence in the Work of Elie Wiesel 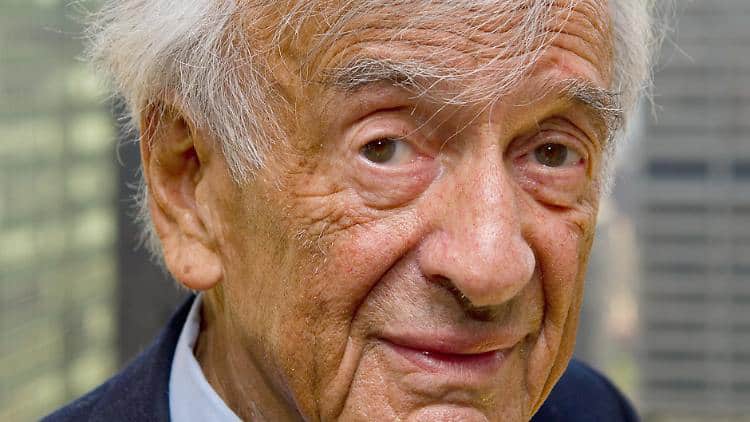 A surprising parallel in Christian theology to Elie Wiesel’s outlook is found in the following extract from the writings of C. S. Lewis, “De Futilitate” in Christian Reflections (Grand Rapids: Eerdmans, 1967), pp.69–70.

There is, to be sure, one glaringly obvious ground for denying that any moral purpose at all is operative in the universe: namely, the actual course of events in all its wasteful cruelty and apparent indifference, or hostility, to life. But then, as I maintain, that is precisely the ground which we cannot use. Unless we judge this waste and cruelty to be real evils we cannot of course condemn the universe for exhibiting them. Unless we take our own standard of goodness to be valid in principle (however fallible our particular applications of it) we cannot mean anything by calling waste and cruelty evils. And unless we take our own standard to be something more than ours, to be in fact an objective principle to which we are responding, we cannot regard that standard as valid. In a word, unless we allow ultimate reality to be moral, we cannot morally condemn it. The more seriously we take our own charge of futility the more we are committed to the implication that reality in the last resort is not futile at all. The defiance of the good atheist hurled at an apparently ruthless and idiotic cosmos is really an unconscious homage to something in or behind that cosmos which he recognizes as infinitely valuable and authoritative: for if mercy and justice were really only private whims of his own with no objective and impersonal roots, and if he realized this, he could not go on being indignant. The fact that he arraigns heaven itself for disregarding them means that at some level of his mind he knows they are enthroned in a higher heaven still. I cannot and never could persuade myself that such defiance is displeasing to the supreme mind. There is something holier about the atheism of a Shelley than about the theism of a Paley. That is the lesson of the Book of Job. No explanation of the problem of unjust suffering is there given: that is not the point of the poem. The point is that the man who accepts our ordinary standard of good and by it hotly criticizes divine justice receives the divine approval: the orthodox, pious people who palter with that standard in the attempt to justify God are condemned. Apparently the way to advance from our imperfect apprehension of justice to the absolute justice is not to throw our imperfect apprehensions aside but boldly to go on applying them. Just as the pupil advances to more perfect arithmetic not by throwing his multiplication table away but by working it for all it is worth.