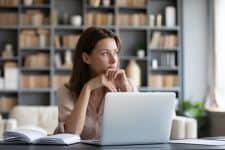 Repentance is a crucial part of the process through which a person receives salvation in Jesus Christ. It was the gist of the message which both John the Baptist (Matthew 3:1,2) and Jesus (Mark 1:14,15) preached as they prepared people for the coming of God’s kingdom, and when the kingdom was inaugurated on Pentecost following Jesus’ resurrection, repentance was a part of what people were told to do to receive the remission of their sins: “And Peter said to them, ‘Repent and be baptized every one of you in the name of Jesus Christ for the forgiveness of your sins, and you will receive the gift of the Holy Spirit’” (Acts 2:38). Later, preaching the gospel in Athens, Paul said, “The times of ignorance God overlooked, but now he commands all people everywhere to repent” (Acts 17:30).

In its most basic sense, repentance means a change of heart. It is what happens when a person sees that the way they have been looking at things is wrong, and they decide, with their new perspective, to make the necessary changes. It is, as preachers used to say, a “change of mind that leads to a change of behavior.”

Perhaps we could put it this way: godly sorrow is what leads to a change of mind, which, in turn, is what leads to a change of behavior. Paul summarized it when he said that he “declared first to those in Damascus and in Jerusalem, and throughout all the region of Judea, and then to the Gentiles, that they should repent, turn to God, and do works befitting repentance” (Act 26:20).

The danger is that we all tend to see repentance as something other people need to do but not we ourselves. It is the “wicked” who need to repent, and we rarely see ourselves in that category. But Jesus was frank when He talked about the applicability of repentance to all of His hearers: “Or those eighteen on whom the tower in Siloam fell and killed them: do you think that they were worse offenders than all the others who lived in Jerusalem? No, I tell you; but unless you repent, you will all likewise perish” (Luke 13:4,5). The person does not live who does not have sins he needs to repent of.

The Lord is patient. He will give us time and opportunity to repent, and we should be encouraged by that. In regard to the return of Christ, after which there will be no more opportunity for repentance, Peter said that one reason the Lord has not returned already is that His patience is still waiting for some to repent: “The Lord is not slow to fulfill his promise as some count slowness, but is patient toward you, not wishing that any should perish, but that all should reach repentance” (2 Peter 3:9).

God’s grace — and the patience extended to us by His grace — should not cause us to delay our repentance; it should impart a greater urgency to that repentance! “Do you presume on the riches of his kindness and forbearance and patience,” Paul asked the complacent, “not knowing that God’s kindness is meant to lead you to repentance?” (Romans 2:3,4).

Indeed, the more opportunity we’ve been given to repent, the more accountable we are for the use we’ve made of it. And by that standard, many of us today are in for a strict accounting. We may be like those whom the Lord rebuked in Capernaum: “Will you be exalted to heaven? You will be brought down to Hades. For if the mighty works done in you had been done in Sodom, it would have remained until this day. But I tell you that it will be more tolerable on the day of judgment for the land of Sodom than for you” (Matthew 11:23,24). If there needs to be a change in our thinking (leading to a change in our behavior) but we don’t make that change, it won’t be because the Lord’s call for repentance never reached our ears. In this “information age,” we’ve been presented with enough truth to bring the whole world to repentance. Having been given the opportunity to think better and do better, we will receive no mercy if we fail to use our advantages in the direction of repentance.

Even after repenting and being baptized into Christ, repentance must be a part of our character and way of life. It was, after all, to a group of Christians that Christ said in Revelation 2:5, “Remember therefore from where you have fallen; repent, and do the works you did at first. If not, I will come to you and remove your lampstand from its place, unless you repent.” The tenderness of heart that is ready to see where we’ve been wrong and make the necessary changes is one of the biggest parts of our growth in godly character.

Whether we are Christians or we are still contemplating obedience to the gospel, we should be encouraged: there is no damage to our souls that Christ cannot repair. But He will not be manipulated by fake repentance on our part. If we expect His forgiveness and help, we’d better lay it all down before Him, with extreme honesty. No exceptions and no excuses will be allowed, and if we have in mind anything other than complete repentance, we’d better not insult Him by saying that we’re “sorry.” In the words of the old saying, “Christ can do wonders with a broken heart if He is given all the pieces.”